Your search returned 7 results in the Category: biography (collected). 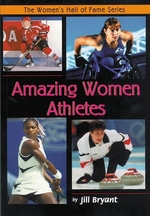 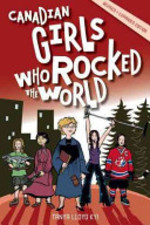 Profiles Canadian women who became famous before they were twenty, organized in such categories as serious sweat, frontier femmes, and brainy babes. 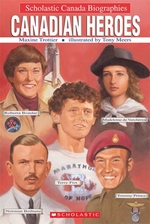 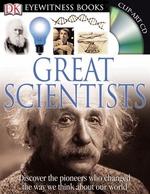 Meet the greatest scientific minds in history, from the first woman to win not only one, but two, Nobel Prizes, to the men who discovered the &quo... [Read More]

Meet the greatest scientific minds in history, from the first woman to win not only one, but two, Nobel Prizes, to the men who discovered the "secret of life." Great Scientists profiles 30 of the most influential scientists throughout history and explores important milestones in science. Each page is brought to life with dozens of full-color images. Discover Einstein's Theory of Relativity, see one of Thomas Edison's early light bulbs, find out why a great French chemist lost his head, and much, much more! The most trusted nonfiction series on the market, Eyewitness Books provide an in-depth, comprehensive look at their subjects with a unique integration of words and pictures. 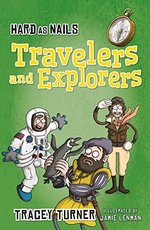 If you've ever wanted to sail off the edge of the Earth, find gold and treasure, or boldly go where no one has gone before, read this entertai... [Read More]

If you've ever wanted to sail off the edge of the Earth, find gold and treasure, or boldly go where no one has gone before, read this entertaining book. Find out how the brainy and brawny explorers who were the first in history to brave oceans and cross mountains measure up against each other. From treasure-seeking conquistadors to adventurous space cowboys, some were brave soldiers, some were cruel conquerors, and some were just along for the ride. Full-color comic illustrations are splashed throughout the witty, bite-sized chunks of fact-filled text. From School Library Journal: Gr 5-8-Oversimplification, superficial coverage, and caricature-style illustrations limit the informational content and appeal of this set. Each volume covers more than 20 main topics-which receive about five paragraphs of text-as well as additional background chapters and grouped topics with single paragraphs about people or battles, all in less than 60 pages of main text. The diverse group of people, who include women and people from non-Western cultures who lived between ancient times and the space age, are given an overall "Hard as Nails" rating on a "Hardometer" scale of one to 10 that measures characteristics such as cunning, courage, and ruthlessness. There is no apparent organizational structure, which results in abrupt transitions, such as Ponce de Léon following Neil Armstrong, and some odd inclusions (e.g., space explorers are discussed in Travelers). VERDICT These books are unlikely to hold readers' attention and they will be of little value to middle school libraries.α(c) Copyright 2011. Library Journals LLC, a wholly owned subsidiary of Media Source, Inc. No redistribution permitted. "About this title" may belong to another edition of this title. 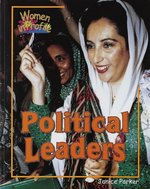 Describes the lives and political careers of such women as Corazon Aquino, Benazir Bhutto, Indira Gandhi, Golda Meir, Eva Peron, and Margaret Thatcher Excerpt. © Reprinted by permission. All rights reserved.: Taken from "Eva Peron, First Lady of Argentina" The Argentinian people loved Eva. She began to give her own speeches instead of Juan's. She refused to say things that just echoed her husband's words. Eva put most of her energy into helping the Argentinian people. She built houses for the poor, hospitals and homes for the elderly, and she worked to make drinking water safe. Many of her programs helped working-class children. Eva started a vacation camp for low-income children. She gave socks and shoes to young soccer players. She also built a special children's park that was both educational and fun. In 1948, she was given the title "Spiritual Mother of all Argentinian Women. " "About this title" may belong to another edition of this title. 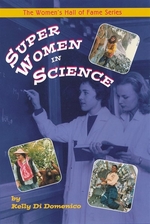